It’s been a little busy in my neck of the woods and it was my intention to post this immediately after my previous post. But life happened. That said, I give you part two of the costume challenge. In the previous post, I shared the story of how I had my daughters come up with unique costumes to wear for Halloween with the promise to make them. This is part two of the costume challenge. Unlike my youngest daughter who decided on her own very made-up superhero, my eldest opted for a storm cloud. I have to admit that this ended up being just as much fun to make and garnered a lot of attention on Halloween night. After doing a little research at YouTube University (LOL), here’s how I transformed her into a storm cloud.

This post contains affiliate links. If you use these links to buy something we may earn a commission. Thanks.

I was able to create this dynamic little costume in just a few steps.

Again, this costume was so much fun to make and see her shine in. 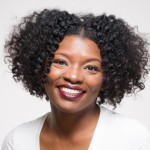